A warehouse with 100 employees works with steel pipe uses tools and equipment such as a press, punch, plasma cutter, grinders, welders, and power tools. The warehouse has no air conditioning in the summer or heat in the winter. It was the dead of winter and I walked by an isle and felt a welcoming warmth. The warmth came from a salamander or bullet heaters. Electrical salamanders are great in this situation, but these were not electric, they were fueled by diesel. Diesel or gasoline operated tools are not designed for inside use. Carbon monoxide is a product of incomplete combustion and deadly.

Carbon Monoxide (CO) is a common industrial hazard. This heater in the workplace was an exposure risk for everyone working in this facility. 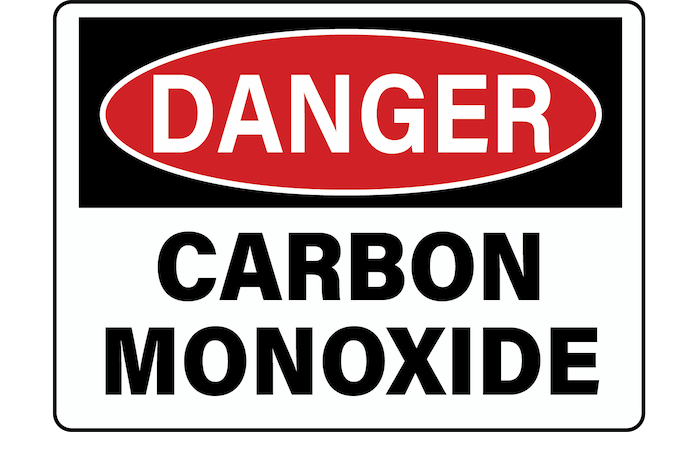 Carbon monoxide (CO) is a colorless, odorless and tasteless gas that is also highly poisonous. Although it has no detectable odor, CO is often mixed with other gases that do have an odor. So, you can inhale carbon monoxide right along with gases that you can smell and not even know that CO is present.
Carbon monoxide is harmful when breathed because it displaces oxygen in the blood and deprives the heart, brain and other vital organs of oxygen. Large amounts of CO can overcome you in minutes without warning — causing you to lose consciousness and suffocate.

Tightness across the chest, headache, fatigue, dizziness, drowsiness, or nausea are signs and symptoms associated with CO. Sudden chest pain may occur in people with angina. During prolonged or high exposures, symptoms may worsen and include vomiting, confusion and collapse in addition to loss of consciousness and muscle weakness. Symptoms can vary widely from person to person.

CO poisoning may occur sooner in those most susceptible: young children, the elderly, people with lung or heart disease, people at high altitudes, or those who already have elevated CO blood levels, such as smokers.

CO poisoning can be reversed but if you recover, acute poisoning may result in permanent damage to the parts of your body that require a lot of oxygen such as the heart and brain. Significant reproductive risk is also linked to CO.

You may be exposed to harmful levels of CO in boiler rooms, warehouses, petroleum refineries, pulp and paper production, and steel production; around docks, blast furnaces, or coke ovens; or in one of the following occupations:

When you suspect CO poisoning, promptly taking the following actions can save lives:

Use a full-facepiece pressure-demand self-contained breathing apparatus (SCBA) certified by the National Institute for Occupational Safety and Health (NIOSH), or a combination full-facepiece pressure demand supplied-air respirator with auxiliary self-contained air supply in areas with high CO concentrations, i.e., that that are immediately dangerous to life and health (IDLH) atmospheres.

Use respirators with appropriate canisters, in conjunction with personal CO monitoring, for short periods under certain circumstances where CO levels are not exceedingly high.

To reduce the chances of CO poisoning in the workplace, employers should take the following actions:

Educate workers about the sources and conditions that may result in CO poisoning as well as the symptoms and controls required to eliminate CO exposure.

Employees should do the following to reduce the chances of CO poisoning in the workplace:

The OSHA PEL for CO is 50 parts per million (ppm). OSHA standards prohibit worker exposure to more than 50 parts of CO gas per million parts of air averaged during an 8-hour time period. 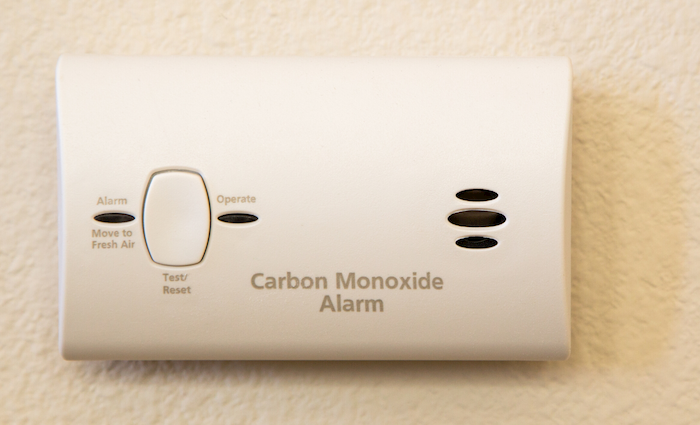 Don’t let this silent killer get you at work or at home. Install carbon monoxide detectors.

Thank you to OSHA.gov for information contributing to this article.